Can You Be A Good “Seller” If You’re Not A Good “Buyer”? – Or Why I Sometimes Over Pay 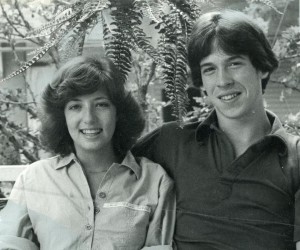 “Karma” is both a bitch or your best friend…right?
You get to choose…

The headline to this article poses a very interesting question about
the alchemy of being a better seller, salesperson/marketer.

One that matters to your success…. a lot.

So let’s think about it.

And here’s what I mean…

When I first got out of law school I was poor.

Although there were plenty of nights
that Robin and I ate Ramen Noodles or fried rice to keep the
cost down.

But we had very limited financial resources.

She’d left her systems analysis job with an insurance company to
go to restaurant school and I was a young lawyer with loads of
bills to pay.

We were married right after college (just two weeks after
graduation), bought a house, and both had tuition payments and
a mortgage on a serious fixer upper.

We both worked, after our real jobs, on a business that we created.

And while we made lots of mistakes, we also had successes, made money,
and learned a “boat load” about starting and running a business.

But our profits were modest.

And I now believe that was, in large part, because I was a “bad buyer.”

I do blame that partly on genetics (I am largely Scottish and the Scotts are
not well know for our wild and fanciful spending sprees).

But whatever my genetic origins, I was always looking for FREE
lessons, advice, information, and services.

I was a technically good negotiator so I often got people to
agree to lower pricing.

But it wasn’t until I decided to become a better buyer that
truly I became a really great seller….and it was then that profits
and the ability to build real wealth radically increased.

And weirdly, I remember the very day that it happened
and that my fortunes changed for the better.

It was a fall day, many years ago, as a hurricane approached (which
is rare in Pennsylvania) and I notice that the downspouts of my home
were clogged with leaves.

This had happened before and when a hurricane hit they flooded
and water was everywhere.

So this time I was planning ahead.

Now that another storm was on the way I wanted to clean them
out to avoid the flooding.

BUT, since I had experienced a bad spinal cord injury I had a “no Dave
on ladders rule”.

If I wasn’t going to do it, I had to hire guys to clean out the gutters
and to do it fast, before this storm got to us.

I found a guy – though advertising, called him, and he came right out
with his crew, climbed up on the roof and did an awesome job.

When they came down I realized that I had never negotiated
the fee.

I really wanted this done and they had jumped on it.

With the full expectation of paying a super premium, I told
the guys how grateful I was and sheepishly asked “how much?”

I paid him $150.00, argued with him until he took the extra,
and thanked him profusely.

So what changed that day?

I officially became a much better buyer.

I realized that his services had great value to me.  And, I knew that he
was undervaluing them.

I  appreciated his responsiveness and his
attitude and wanted to reward them.

I also told him that I wanted to make sure that he
remembered me and that the next time I needed him, that he’d know who
I was (which he does) and that he’d get right on it(which is always the case).

Finally, I told him that I needed this every fall and we scheduled it
in advance for the following year.  I suggested that he sell the continuity
to his other customers. To me that was just free money for the guy!

I have never verified whether or not he did it…but I sincerely hope that he
did.

So, what happened when I became a better buyer.

I started recognizing the real value when I was buying.
I started to negotiate for the best mutual long term result
and not as a transaction.

I developed relationships with vendors and people who sell
to me and miraculously…they started looking out for me,
finding things I needed, helping me out, and making me offers without
my ever having to ask.

And, I realized that my clients valued many of the same things.

I realized that I was undervaluing my own services and
that many of my clients were looking for better service, more
features and benefits, and to eliminate the things that were
awful for consumers who wanted and needed estate planning
to protect themselves and their families from taxes,
divorces and lawsuits, high probate fees and more.

I realized that most were not looking to save a few dollars when it came to
something so vital and important.

And I stopped attracting those who were and pointed my marketing to
those who valued what I created and constantly improved.

And as far as learning, I stopped searching for and expecting
to get great results from free training and cheap courses and
products.

I started to mentor with and to pay really smart, savvy, and
successful people what they were really worth!

And I learned how smart savvy and successful people work, and how they
achieve amazing results, and build greater profits, equity and wealth.

When I became a better buy I also became a radically better seller.

So if you want FREE advice, training, and events….be my guest.

Just know that you’ll get FREE level results. They’ll be poor
to minimal.

But if you’re committed to getting highly leveraged and
very actionable actionable skills, strategies, and the results
you’ve been working for, then think about Persuasion2Profit
(Since your one of our blog readers, you can also call Lisa
at 610-933-8069 and get 30% off the regular price and
there’s a no risk 60 day return guarantee)
or even about joining me for one of our live trainings at
3 Days To Success.

See.  It’s ok to ask people to buy if you’re a good buyer,
you pay attention to what they need, and you focus on
delivering what they really want.

Becoming a better buyer makes you a better seller.

P.S.  There are a limited number (2 or 3) of spots left (as I write this)
to attend the 3 Days To Success – Business Black Ops –
Force Multiplier Program.  If you are ready to take your business
or professional practice to the next level of profitability and success
you can register here or call Lisa at 610-933-8069 with any
questions.

Receive More Ideas and Information To Improve Your Marketing, Slaes, Busines and Life from Dave Frees

Tired of eye rolling at your
ideas and suggestions at
work and home?

Ready to win the persuasion game?

This program was spectacular.

Want to know how to use the skills of an interrogator and hostage negotiator with family members?

Want to be more
persuasive and influential?